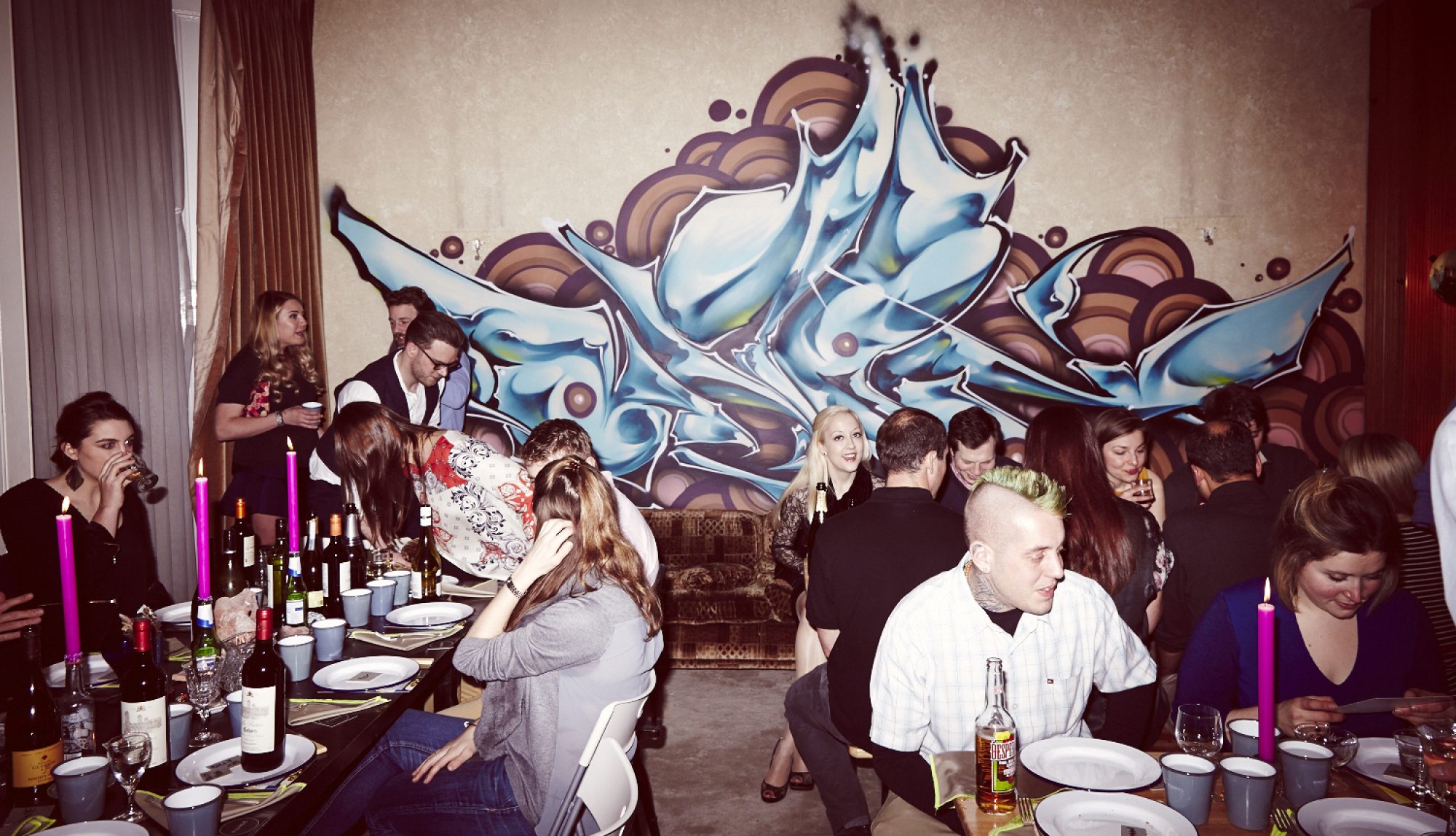 Officially 3 weeks since I arrived.

Today was a day of highs and lows.

I had some screw ups with tamales and emulsion which is absolutely frustrating as I’m clearly not getting it right. And no one seems to be able to tell me where I’m going wrong exactly. Someone pointed out today that the emulsion might be getting screwed because of the protein content of the cheese (?) – sounds like and answer but not a solution sadly.

Two new interns started today which means we’re 5 in total in prep alone. A HUGE help as we we’ve been absolutely drowning in work.

I started a conversation with Marvin the dishwasher about his life – he’s such a sweet guy. He told me all about living with his parents, his 2 hour commute (each way) to work every day, and his fiancé. He’s getting married in April. My little heart swelled for him as we discussed wedding excitement. I asked him (jokingly) if I could come to his wedding and he instantly said with a straight face, “of course” and “we should be facebook friends and I’ll send you an invite”. He’s only 21 and he told me he’s really excited about having kids. He told me about his dreams of becoming a chef – he’s working as a dishwasher so that he can absorb all the cooking around him and have an edge when he starts his career.

I later told the other girls that Marvin was engaged and they ran into see him with big grins and lots of excited questions.

Side note: All of this was in Spanish of course which means that I my Spanish is improving!

With so many interns kicking around, we managed to finish all our work at about 3pm and then launched into a kitchen deep clean. With about 10 of us shining every surface. It was fairly fun (if not a bit boring) as we got some of yesterday’s agua fresca and I was mostly with Ellian again who was being his normal funny self. Talking absolute crap, telling me in his best English that I am his best friend and saying how much he misses his mate, Merlin. Ellian also gave me his signature on a post it note – I told him I would tuck it away somewhere safe.

We finished at 6.15 pm! I stopped off (again) tonight for mint ice cream. What a lovely little cheer up! And managed to chat to the ole fiancé on his Saturday night out.

I’m off to watch some Mexican Netflix to try to improve my Spanish slang!