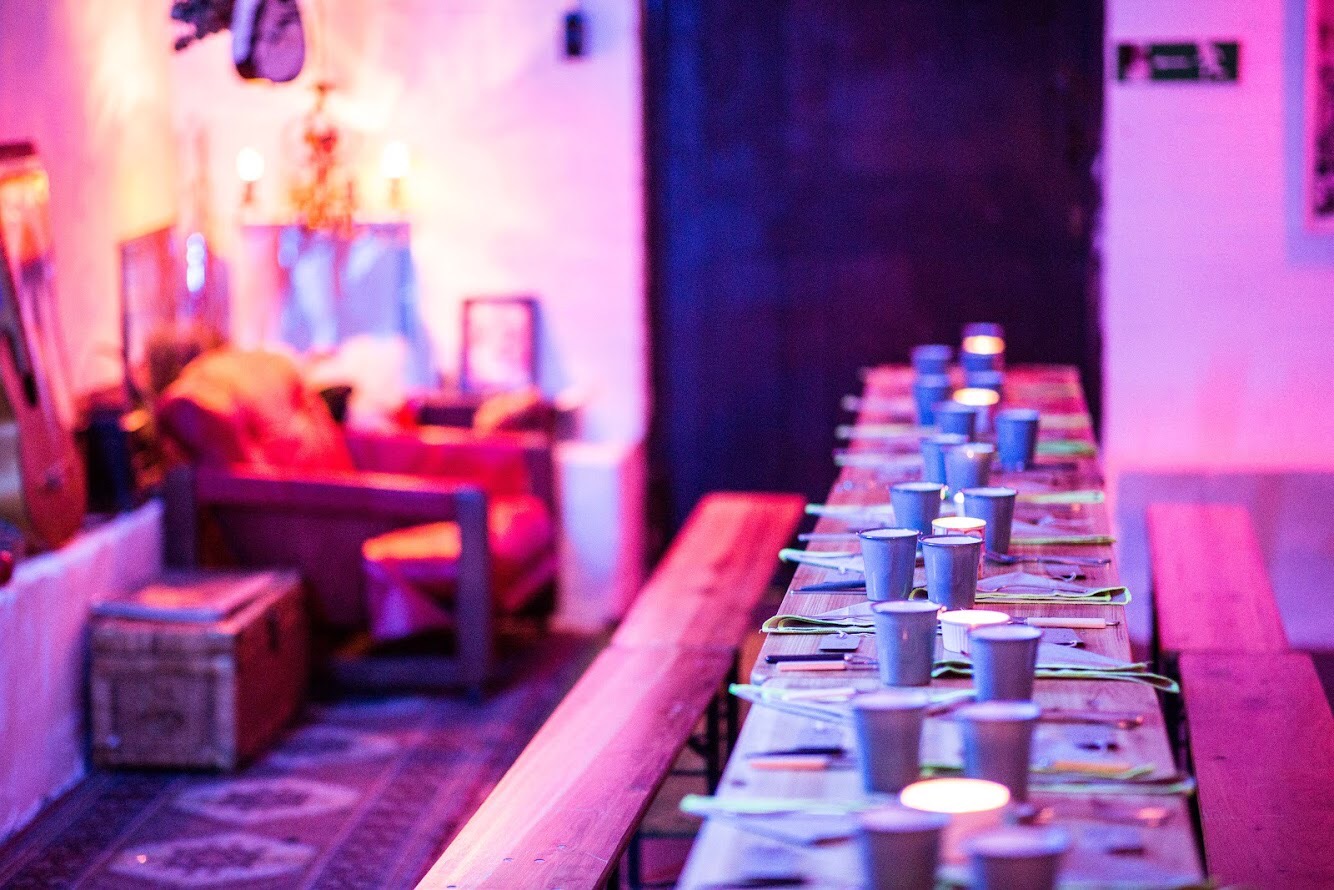 Didn’t sleep very well last night with dreams of The Restaurant running through my head. Up again at 4.45am to try and call the ole Fiance but getting no answer and feeling a bit down that this is the second day not to speak to him.

Today was another insane 14 hour day.

And another day where so much happened!

Having already been shown the rough recipe yesterday, I managed to make one successful vinaigrette (although I realised after that I had added mustard when I wasn’t meant to so it went in the bin) followed by 3 unsuccessful. I think I’ve managed to work out (through internet research) that the xantham gum we’re using to bind it has a naughty tendency to clump. So tomorrow I’ll try making it by mixing than xantham with 1:1 ratio of oil before adding to the emulsion. Fingers crossed!

I then moved onto 3 god damn hours of blanching and peeling tomatoes. I kept asking if I was being fast enough – it felt very, very slow. Can’t wait to try again tomorrow – trying to be faster and improve!

My current normal meal schedule is 6am and then again at 9pm!

In the daily briefing, the practicantes were asked to introduce themselves – and so I said “Soy Emily Rand de Boston” and first Chef and then the whole room (almost in unison) of about 30 staff members repeated back to me “Bahstan”. How the hell do all these guys (quite a lot of whom have limited English) know about a Boston accent AND find it funny?! Happy to see that my city’s reputation proceeds me! Haha! Anyway – I thoroughly enjoyed it, somehow it made me feel really welcome.

Side note on the head chef – he seems really nice given chef horror stories that I’ve heard about other chefs before (he shook my hand and said welcome on the first day which was lovely). He walks into a room and everyone goes quiet which is fairly impressive. He’s quite a big celebrity – especially here in Mexico! Oh and I also think I’ve worked out that his sous chef is a 27 yr old lady who wears a bandana (lad). I think we’re 6 girls in total in the kitchen. I think that’s a fairly incredible turn out for an industry that’s famously male dominated. I wonder if that’s partly the influence of Chef’s wife (who is heavily involved in the restaurant)?

After the briefing we spent about 2 hours peeling centimetre long shrimp and gently taking the little balls off the “huaze” (?) plant – basically like taking the balls off a broccoli. Pretty painful stuff – literally actually, my poor finger tips!

Finally we were ready to clean up when someone announced that we had to turn our pig of last night’s chopping fame into chorizo. What this means is that you put the meat (pre-seasoned) into pastry bags and then stuff the damn intestines (traditional sausage casing) BY HAND. I pointed out that there are machines for stuffing sausage – everyone smiled and confirmed that this was the Mexican and the Quintonil way – everything must be by hand. We all agreed that it tasted better if people could feel our hard work. It was so nice as everyone came upstairs to help – the two girls working in pastry, Alan our Spanish staff meal mate, and the two prep guys from the service kitchen – such a great sense of camaraderie in this kitchen. It turned out to be a complete laugh as it looked pretty phallic. Occasionally one of us would just get uncontrollable giggles.

Another epic dinner from our Spanish mate, Alejandro. Some kind of delicious, spicy chicken soup with saffron (I was very proud when he asked me if it was too spicy and I said no – he looked surprised), a cold tomato / olive oil gazpacho and strawberries with creme fraiche and balsamic vinegar. These dinners are so delicious and taste especially amazing given my utter famine – hauling ass for 14 hours will do that to ya.

The final little morsel is that I discovered that there are only two people as old as me in the entire kitchen (most are mid 20s). At 31, I’m an old fart around here!